Skip to content
Presentations and sessions are deigned to help you improve your personal well-being – emotional, mental, physical, financial, political, and spiritual. If you don’t find what you’re looking for, please contact us. 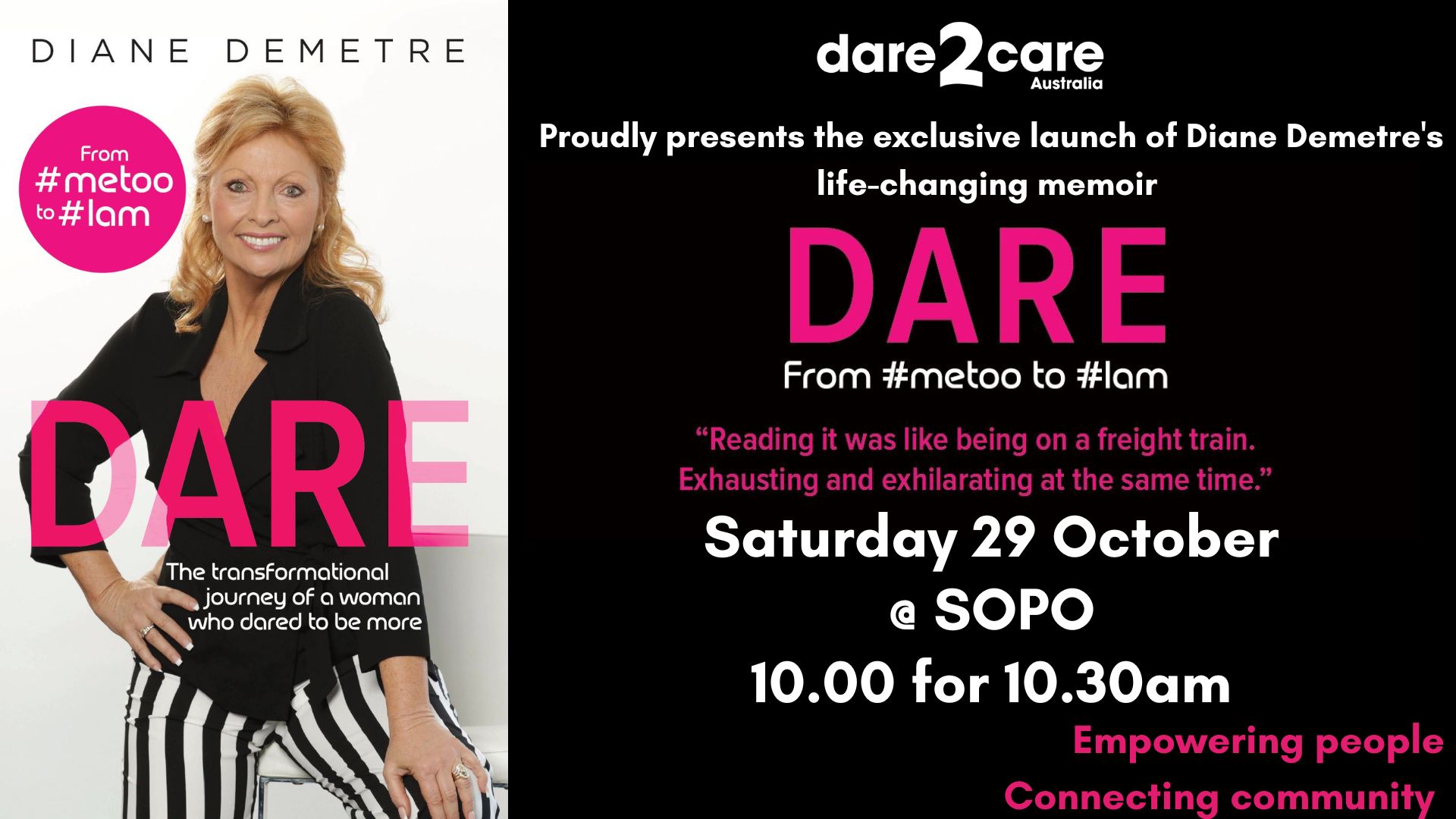 Due to recent global events, the psychological damage and cost to our personal and professional lives have left many unable to recover and fearful of the future. The world as we knew it has changed forever, and there’s no going back. This is exactly how Diane Demetre felt 35 years ago when her world collapsed because of events outside her control.

Long before the global #metoo movement, Diane Demetre was dramatically sacked by her producer for apparently being ‘too fat’ after she refused his sexual advances. She took him to court, and the ensuing court cases for wrongful dismissal became some of the highest-profile cases in Australia in the 1980s.

DARE is a no-holds-barred account of Diane’s rise from being born an illegitimate child given up for adoption to fulfilling her dream in the entertainment industry and directing the largest production shows staged in Australia. But when she was terminated, there were no laws to protect her. She knows first-hand about the discrimination, public humiliation, and heartbreak of losing one’s career, identity, and destiny. Her choice was agonising, yet simple – Die or Dare.

Now, Diane reveals her thirty-year quest for truth as she uses the touchstones in her life to outline fifty insights that expanded her consciousness and transformed her from broke and broken-hearted to manifesting the life of her dreams.

Diane was awarded the 2019 International Women’s Day Leader Award for the Entertainment, Creative Arts and Media Industry: recognition for her leadership across a diverse range of roles in the industry and notably her instrumental role in shaping the national industrial relations laws in Australia in the late 1980’s.

Don’t miss this rare opportunity to hear Diane share her amazing story and help you dare to be more.

Tickets only $30 and include a personally autographed paperback of DARE.

“Diane is a woman to be admired with a life story you can’t afford to miss.” Tippi Hedren, Hollywood legend and animal activist.